1 week cruising plan for the Sporades Islands starting from Skiathos Island then on to Skopelos, Alonissos and the uninhabited island Kira Pangia and back again.

Skiathos is the easternmost island of the Sporades archipelago and remains the only island with an airport. Therefore, it is a popular start point for cruising around the islands. It is a good idea to leave Skiathos on the first day, unless of course you and your crew want to take part in the all night revelry that occurs around the harbour during the summer months.

Neo Klima on Skopelos Island makes an excellent first night harbour. Just 7 nautical miles from Skiathos harbour, you can reach Neo Klima in just one or two hours. The harbour offers shelter from all wind directions and during the summer months, you can find electricity and water. There are several bars and tavernas from which to choose and you will have a peaceful first night. 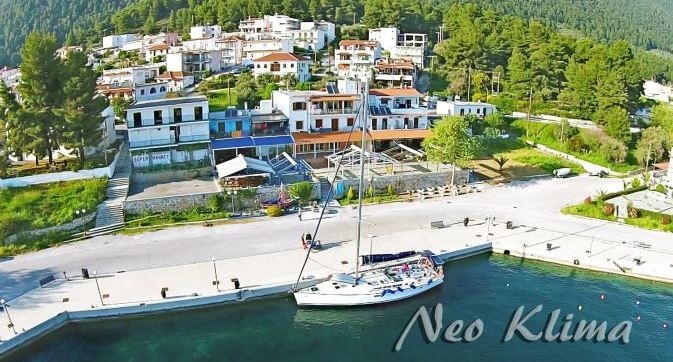 Alonissos Island: On the second day, you may head to the island of Alonissos, the most tranquil of the inhabited islands. A journey of 18 nautical miles will take you to the popular yachting destination of Steni Vala. Here, you will find tavernas and shops, set in the stunning scenery of Alonissos. In the height of the summer, this idyllic anchorage can get a little busy, so it would be prudent to arrive before 4pm. 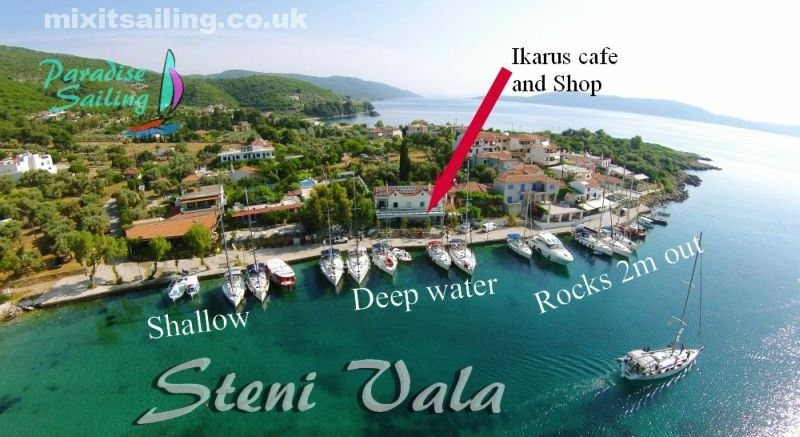 Kira Panagia Island: A short sail of 9 nautical miles the following day, usually involving short tacks up the channel, will transport you to the uninhabited island of Kira Panagia. You can either anchor in the south west bay of Kira Panagia, or travel the extra hour to reach the northern bay Planitis. The entrance to Planitis Bay is very narrow and should only be approached in light winds. Once inside the bay, you can anchor and run a line ashore to spend the most serene night imaginable, with the Milky Way extending from horizon to horizon.

Skopelos Town Harbour: On Monday, following a relaxing breakfast, lunch and swim in Planitis Bay, sail down the east coast of Alonissos to the main town on Skopelos, named remarkably, Skopelos Town. The harbour is large enough for everyone and there is water and electricity during the summer months. About the same size as Skiathos Town, but lacking the peak season intensity of tourism, Skopelos Town is a great place to explore, eat, drink and be merry. You can also hire cars and motor bikes from here to explore the rest of this very pretty island, safe in the knowledge that the boat is perfectly safe. 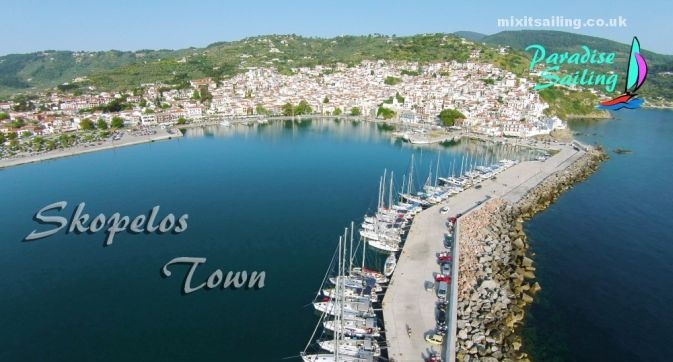 Agnondas Harbour: Tuesday might find you heading around the north of Skopelos, to the picturesque harbour of Agnondas. Here you can treat yourself to lobster at the Korali beach restaurant at the end of the pier, whilst admiring the beautiful scenery that surrounds the bay.

Mamma Mia! A short walk around the coast path from Agnondas harbour you will find the Mamma Mia trees where a romantic scene was shot and just for your information the picture on the right is the Mamma Mia church (Agios Ioannis Chapel) which is in the Kastri region about 7km east of Glossa, northern Skopelos.

A short hop of just 5 nautical miles, the following day, takes you to the beautiful anchorage, Panormos. Drop the anchor and throw a line around one of the pine trees to experience a tranquil night in one of the most magnificent coves to be found.

On the final night, you may want to enjoy the hustle and bustle of Skiathos town. You will find dozens of restaurants offering all nationalities of food and bars that will remain open as long as people are drinking. Should you wish, however, to enjoy a more relaxing end to your cruise, one of the quiet bays around the south west tip of Skiathos would make an ideal finale. Kolios bay, and Kanapitsa Bay both provide good anchorages, with restaurants ashore.

Whatever your desires; harbours, bars and restaurants every night, or more time spent at anchor in paradise settings, the Sporades archipelago has something for everyone.