Skiathos is 12km long and 9km wide and has more than 60 beaches.

It is one of the most cosmopolitan of the Greek islands whilst still preserving its traditional charm and heritage.

Skiathos is approximately 40nm from Volos and is the nearest Sporades island to the Greek mainland. GPs: 39.10 N 23.99 E

Skiathos is the only Sporades island with an international airport connection. 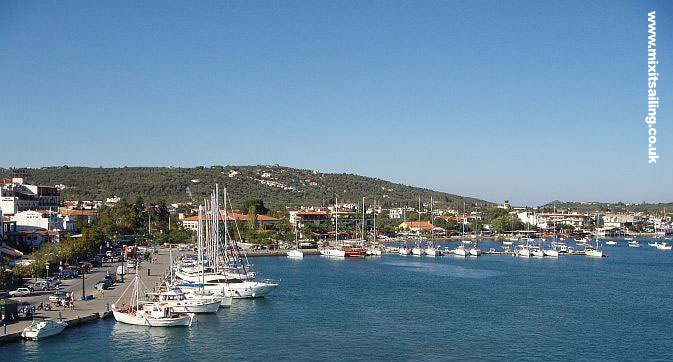 Skiathos (Greek: Σκι?θος) is the westernmost of the Northern Sporades islands. The mainland of Greece (Magnesia) lies to its west, while the island of Skopelos lies to its east. Skíathos is also the name of the municipality that includes Skiathos Island, the islands of Tsougria and Tsougriaki, and the islets of Maragos, Arkos, Troulonisi and Aspronisi. 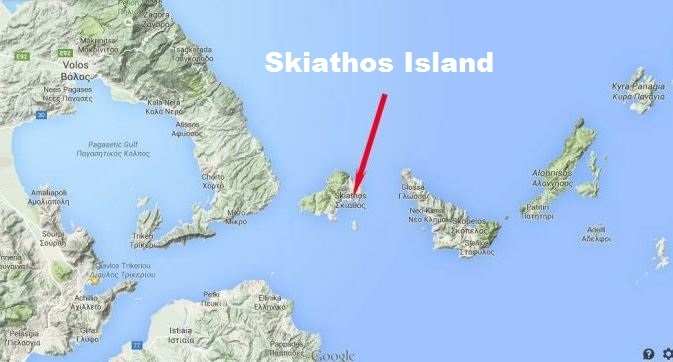 The main settlement on the island is the town of Skiathos, which is also the main port. Despite its relatively small size, the island of Skiathos is a popular tourist destination. It is the most well-organised of the Sporades Islands, with its own airport and all the necessary tourist facilities, as well as a cosmopolitan nightlife and over 60, chiefly sandy, beaches. 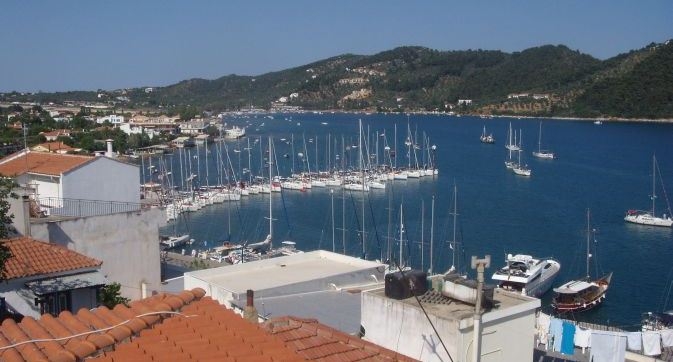 Koukounaries is one of Greece's most famous beaches - a long sandy beach in beautiful surroundings, with snack bars and water sports; Agia Paraskevi is a perfect beach for the family; and Lalaria is a white pebble beach only accessible by boat. The north side can get quite rough, so the beaches there are less suitable for children.

Skiathos is only 2.4 miles from the south coast of Pelion and this narrow channel is called Stenon Skiathou, wind can be funnelled through this gap. Between the two is Lefteris rock which is clearly marked by a light and floating buoy. Koukounaries harbour and beach is in the SE corner of the island providing good shelter and mooring (keeping clear of the day tripping boats)or anchor on the mole if there is room or in the bay. Skiathos main town (shown above) is identifiable by its lighthouse and cluster of small islands. Go stern or bows-to on the quay beyond the ferry boats or the pontoon. You can anchor in the bay but make sure you stay away from the prohibited area under the flight path. The bottom is mud, sand and weed and offers good holding.

On your final night, you may want to enjoy the hustle and bustle of Skiathos town. You will find dozens of restaurants offering all nationalities of food and bars that will remain open as long as people are drinking. Should you wish, however, to enjoy a more relaxing end to your cruise, one of the quiet bays around the south west tip of Skiathos would make an ideal finale. Kolios bay (see picture above), and Kanapitsa bay both provide good anchorages, with restaurants ashore. 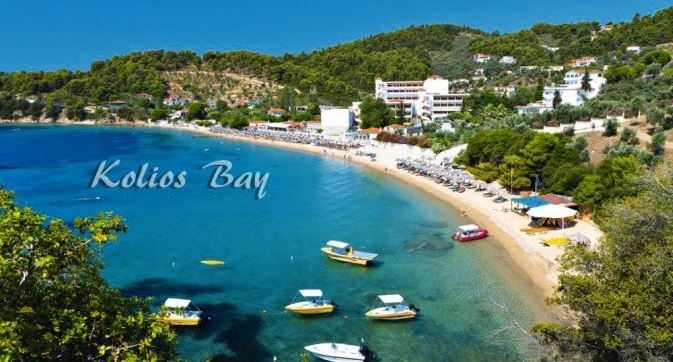 Sand and pebble beach, great anchorage in southerly and easterly winds. It is said that in 480BC a violent storm that decimated the Persian navy resulted in 400 ships been washed onto the shoreline around this area.