This picture is a frequently used in brochures and marketing information but mostly nobody knows where it is (we do). You can get here easily from Volos in a few hours. This is quite a protected bay and often, if you time it right, you can be the only people there. The small island in the distance is called Prashouda and it has a tiny monastery on it. Directly south of this island you will find Zastini Bay, about 3 to 4 hours from Volos by yacht or by road. Beautiful, tranquil and an exceptional place to spend some time and in the distance, you can see Mount Pelion in all its glory.

This little-known region of Greece is the jewel in the crown, the land of the Argonauts from which the Argo set sail. Volos, Pelion and the Pagasitikos Gulf providing access to the West Aeagean sea area and the Northern Sporades Islands. Crystal clear waters and a good wind provided by the 'Meltemi' blowing from the NE, quiet bays and fishing villages, history to investigate and many islands to explore

What is the Sporades Secret?

Go sailing elsewhere with 1000's of others or here with just a few!

The map below shows the Magnesia region of Greece highlighted. Magnesia is one of four counties which make up the region of Thessaly. Magnesia is the coastal county with Mount Pelion and the Aegean Sea to the east, the Pagasitikos Gulf to the south and includes the islands of Skiathos, Skopelos and Alonnisos otherwise know as the Northern Sporades Islands. Volos is the capital city which is 215km from Thessaloniki and 326km from Athens and is therefore central to the country. 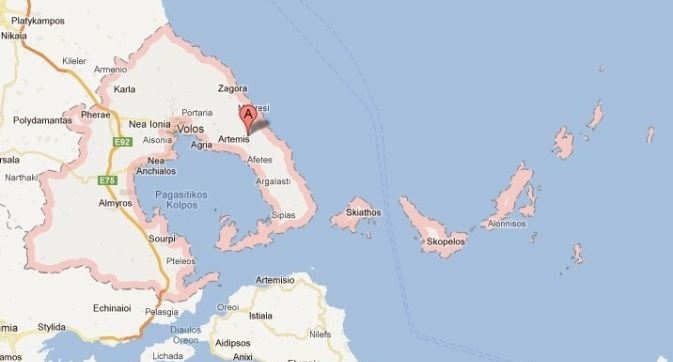 MAGNESIA and the WEST AEGEAN...

all the beauty of Greece without the crowds!

Magnesia is a small oasis of paradise, quite off the beaten tourist trail and remains one of Greece's best kept secrets. This little-known region of Greece is the jewel in the crown, the land of the Argonauts from which the Argo set sail. Volos, Pelion and the Pagasitikos Gulf providing access to the West Aegean sea area and the Northern Sporades Islands. Crystal clear, warm blue sea, beautiful beaches, quiet bays and traditional Pelion villages and achitecture, history to investigate and many islands to explore.

Pelion is a hidden peninsula, an unexplored area of Greece, where life in the mountain villages and little fishing harbours remains as serene as in the distant past. On one side you have the Aegean Sea and the other the Pagasitikos Gulf, both sides different, both sides unique. According to Greek mythology, Mount Pelion was the home of the Centaurs and it was from Volos, or the port of ancient Lolkos, that Jason set out in the Argo in search of the Golden Fleece.